Take a look around. Chances are you see something made of plastic. Maybe lots of somethings. Each day approximately 8 million pieces of plastic end up in our oceans. It’s mind boggling — there are currently around 5.8 trillion macro and micro pieces floating with the fish. While a nice joint might alleviate the stress from a hard day, it won’t help reduce the stress we’re putting on Mother Earth. But fortunately, some cannabis producers in the Emerald Triangle, including Humboldt County, have given eco-friendly packaging for their products a great deal of thought and investment.

Carly and Misha Vandel, both Humboldt State University grads, own and operate ABOVE, located high atop Blake Mountain in the eastern part of the county. Known as Lucy Gulch Estate Farm, Misha, who has degree in microbiology, purchased it in 2014. His goal was to develop the raw 160 acres into a licensed, sustainable cannabis farm but he was beset with obstacles after the Mad River Complex Fire the following year decimated much of the land. The year after that, a record-breaking wet winter crushed a newly erected shop. But Misha, who loves being outdoors and working with plants, remained undaunted. “It’s a pretty inspiring attitude that he has … he really is the backbone and the visionary of this whole thing,” says Carly, who has a degree in marketing.

She describes the mountaintop farm as “stunningly gorgeous.” And they aim to keep it that way. Employees avoid driving back and forth on the mountain any more than necessary to keep carbon emissions down. “We grow primarily with the power of the sun, which really reduces our carbon footprint as opposed to indoor growing, which is typically fueled by fossil fuels,” Carly says, her voice radiating pride.

The branded product that ABOVE sells are pre-rolls, for which the company purchases hemp-based plastic tubes from Sana Packaging. Carly says their company is committed to choosing packaging options that are not petroleum-based and are instead renewable and regenerative. 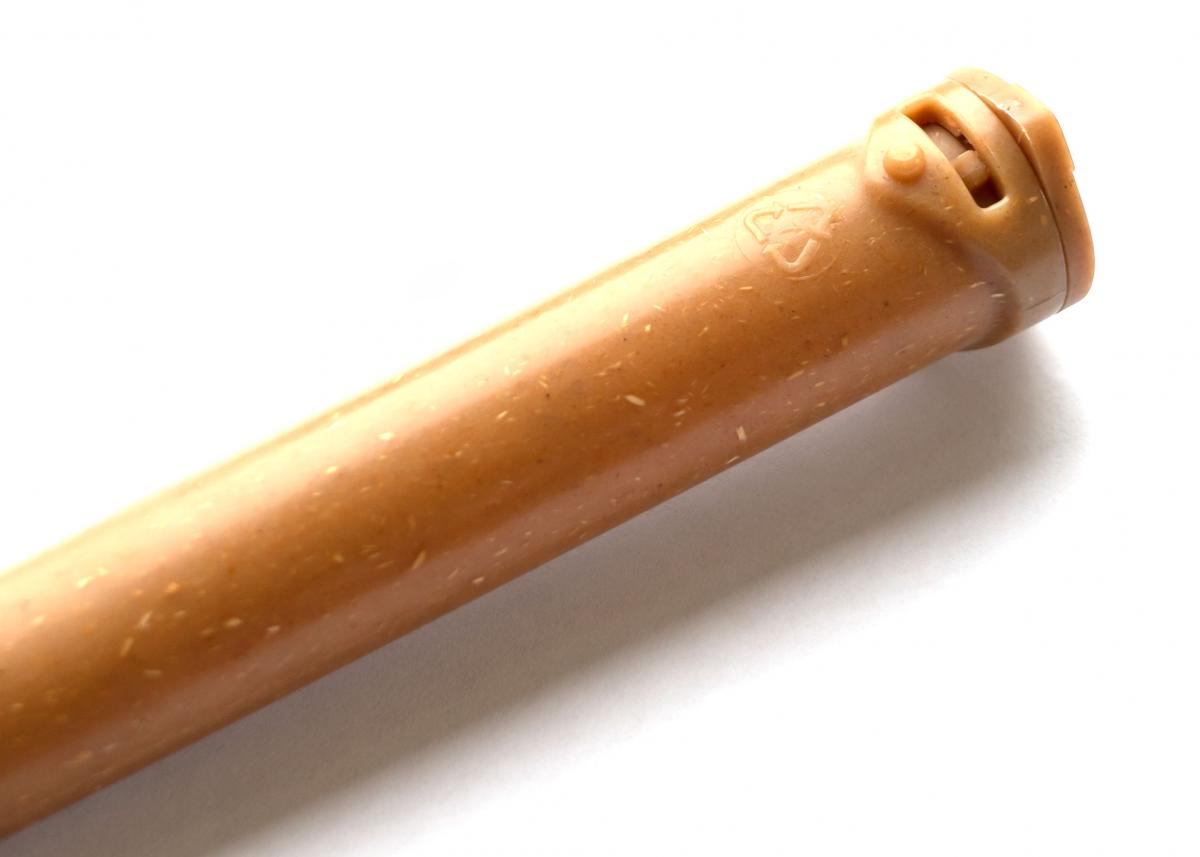 “It hurts my heart to use single-use plastic,” she says. “I don’t understand why we have not banned or put a giant tax on single-use plastic. … It blows my mind.” ABOVE also uses boxes made by a company that is run completely on wind energy and vegetable-based dyes that won’t be toxic for the environment if they inadvertently wind up in landfill.

With a limited menu of items, ABOVE doesn’t have a lot of different packaging needs right now. Nor, according to Carly, does it have deep pockets. “We’re the little guy. … It definitely takes a chunk. … We could be making more money if we went with a super cheap plastic tube.” The cheap stuff costs around $ 0.07 versus $ 0.25 per unit.

Future plans for increasing their product line will evolve slowly since, as she notes, “Being self-funded, we have to only take on so many new endeavors a year.”

Joseph Jacovini owns and operates Vesuvio Gardens farms and Varsity Cannabis Co., located in the Whitethorn and Honeydew areas of Southern Humboldt along the Mattole River. A formerly dreadlocked follower of the Grateful Dead, Joseph grew up an Italian Catholic neighborhood in Philadelphia. Interested in cannabis from a young age, he began cultivating it indoors when he was in his 20s, taking trips to Amsterdam to purchase seeds. He managed to stay one step ahead of the law for more than two decades on the East Coast, but cannabis laws became more restrictive. His passion for the Dead introduced him to the opposite coast and he wound up in Southern Humboldt, eventually managing multiple operations. With two farms and two more planned, Jacovini, in his late 40s now, has his dispensing and manufacturing licenses, and will soon have a distribution license. He’s proud to have followed the path to legalization and become the owner of a cafe in Whitethorn, too.

Practicing environmentally friendly cultivation and harvesting methods on Vesuvio Gardens, his philosophy embraces the practices of fair trade and sustainability. “It shows in [the quality of] my weed. I’m not one of those guys trying to sell out.” Using eco-friendly packaging is a given.

“The amount of [plastic-encased] pre-rolls, the amount of jars, the amount of everything … where’s it all going?” he asks. It’s a wonder to him that environmentally sustainable packaging isn’t mandatory. Or simpler.

Jacovini, who describes himself as a “vertical” business owner, needs a great number of different packaging materials. “It’s so incredibly frustrating the amount of people I have to talk to,” he says, noting the hurdles of ordering all the pieces he needs from disparate sources.

“It would be nice to call just one company, sit down, and be like, I need you to do this, this and this … but you just can’t.”

“It’s daunting,” he admits, and relates a story of a product that requires a jar and a lid, yet only one part of it (the lid) is made from 100 percent eco-friendly materials. He’s also discouraged about the volume he needs to order to keep prices reasonable, and that environmentally friendly packaging is “not priced for the little guys.”

Presently, only his pre-rolls are sold with 100 percent environmentally friendly packaging, which means Jacovini is not “100 percent happy,” but he’s on the lookout for more.

Like ABOVE, he orders many of his supplies from Sana Packaging, a Colorado-based company that caters to the cannabis industry and whose website promotes their “plant-based hemp plastic, 100 percent reclaimed ocean plastic and other sustainable materials.”

He also gives kudos to a company called Tree Hugger Containers, which sells jars that are 50 to 70 percent recyclable and are getting “pretty damn close.” And he notes that Sana Packaging and Tree Hugger Containers are now working cooperatively in order to provide sustainable packaging for products such as vape pens, which may need inner and outer boxes, each comprising different materials.

While using sustainable packaging is not without challenges, it’s reassuring to know some conscientious cannabis producers in Humboldt County are doing their part to reduce the stress on the planet.

Annie Kassof is a freelance writer and artist based in Humboldt County.