Humboldt Known shows what it’s made of

Jeremy Kurtz, owner and operator of Humboldt Known, has his hands full. On the day he spoke with HCM, Kurtz was busy at the Humboldt Known factory in Fortuna, working on the production line, putting in the same love and labor that has consistently gone into the company since its inception. But later that evening, after respite from a long day of work, Kurtz was more than happy to share how Humboldt Known came into being and what makes it special.

Many disparate things seemed to come together around the mid-1990s for Kurtz, bringing the earliest iteration of Humboldt Known into focus. As a self-proclaimed “water snob” and an employee of South Fork Mountain Water Co., Kurtz became interested in water system technologies and dreamed of owning his own operation. Around the same time, someone close to him was diagnosed with cancer and Kurtz started exploring the benefits of CBD and its potential as a wellness alternative. He believed that CBD could offer relief and comfort for those suffering from a variety of ailments. Like-minded friends joined in his efforts, connecting him with resources and practices being implemented across the globe.

Through extensive research, Kurtz landed on water as the best delivery method for CBD and its healing properties. “It’s what we’re made of, after all,” he said. After a crash course in the legalities of owning a hemp-based company, several years of developing processes, testing products, and fighting for legitimacy as a business, as well as some initial resistance from the city council, Kurtz and business partner Tim Bones set up shop in Fortuna in 2016. Humboldt Known was born and the rest is history. Kurtz seemed endearingly in awe of the company’s triumphs: “We didn’t mean for all of this to happen … we didn’t even mean to start a business, it just took off on its own.”

“We raised the bar for a lot of other CBD companies,” Kurtz said of their products and processes. He is a vocal advocate of continued CBD research and education and not shy to critique current rules — or lack thereof — regarding hemp. “The FDA has dragged its feet when it comes to CBD … Other ‘bathtub products’ on the market need regulation.” Aside from the standards they’ve set for themselves, Humboldt Known is also working to set the bar high for others. In fact, Kurtz is a member of the U.S. Hemp Roundtable, a coalition of companies and organizations committed to safe hemp and CBD products.

Humboldt Known has several products available, its flagship development being the gallon jugs of Redwood Coast Hemp Water. Gummies (back by popular demand!), a topical cream and capsules for better sleep, focus and inflammation are also part of the hemp-derived CBD lineup. The capsules are competitively priced. “We put a lot into these capsules,” says Kurtz, “we make sure they’re worth every penny.” Kurtz and company have also worked to drop prices as inflation rises, which you can see first-hand on retailer’s shelves. According to Kurtz, water-based products, like those created by Humboldt Known, have significantly higher bioavailability than oil-based products, which make up the bulk of what’s on the market. In layman’s terms, you get more bounce for the ounce and more bang for your buck when CBD is delivered via water.

Customers have confidence in the quality and effectiveness of Humboldt Known’s products, as evidenced by the testimonials on Humboldt Known’s website and the many times Kurtz has been approached in person by someone singing its praises.

Humboldt Known has also set the bar high for how a business interacts with its customers and community. Kurtz jokes, “It’s a bigger investment than Bitcoin.” Kurtz, Bones and production manager Angie Gearhart care deeply about connecting people, especially those with severe illnesses and ailments, with CBD products that may help alleviate symptoms. Humboldt Known makes care packages with its products for folks with cancer — free of charge. It also donates funds back to the Humboldt County community where it was founded. “We didn’t do it for the money, we did it for the people,” Kurtz reflected. That’s the stuff good businesses are made of. 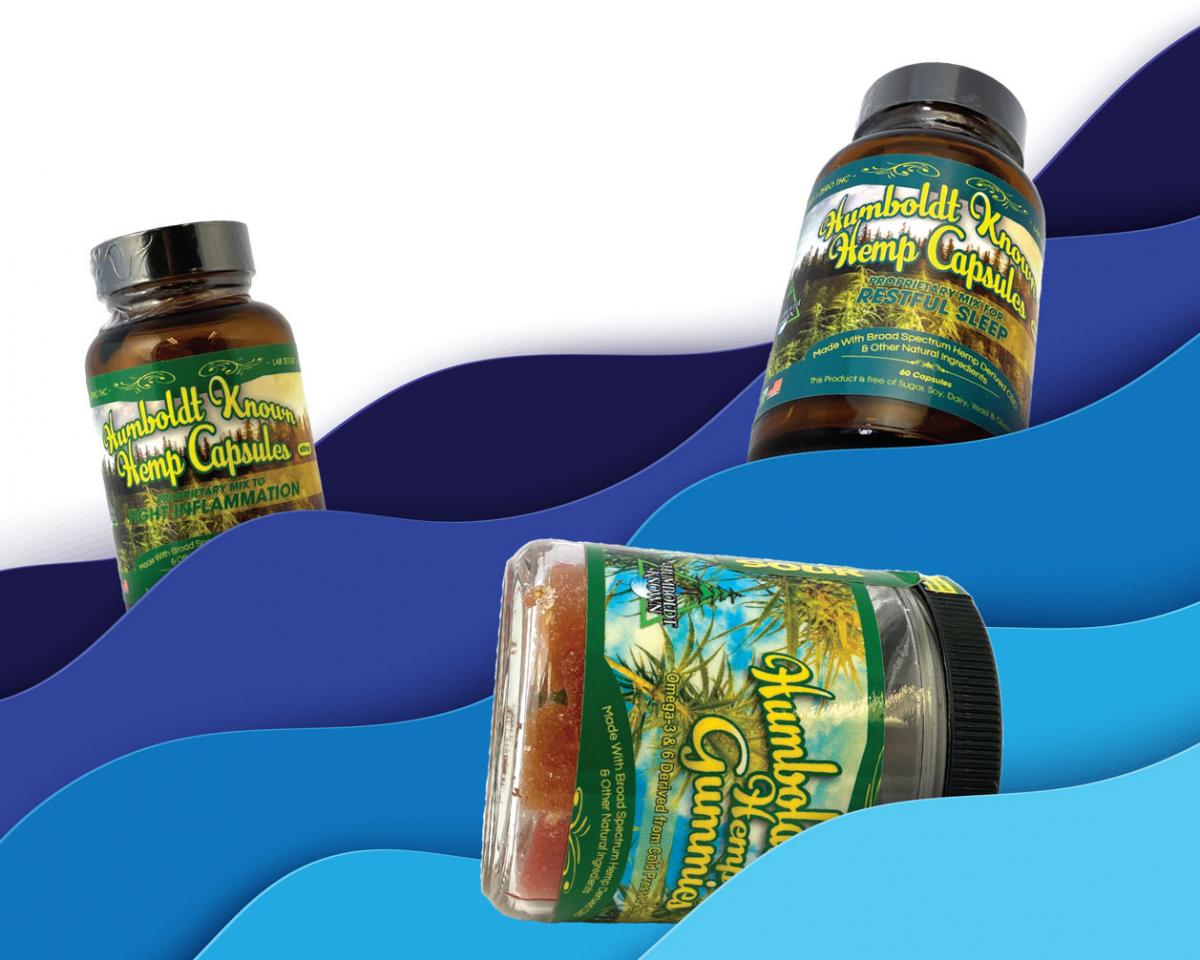