It seems like a long road from the hills of Humboldt County to a pop-up boutique in New York City’s Saks Fifth Avenue department store but that’s the path the folks at Kiskanu have taken. While the husband and wife founders of this family-owned cannabis and CBD product company still have their hands in soil via a farm partnership, they’ve taken their combined 20 years of industry knowledge and a shared belief in sustainability, and put them into a curated line of cannabis and CBD products.

The Kiskanu building is small, which makes sense for a company focused on quality over quantity. The remodeled one-story in Eureka, California, is now the compact, humming hive where Gretchen and Jason Miller, and their staff of seven produce small-batch cannabis and hemp-derived CBD products by hand. 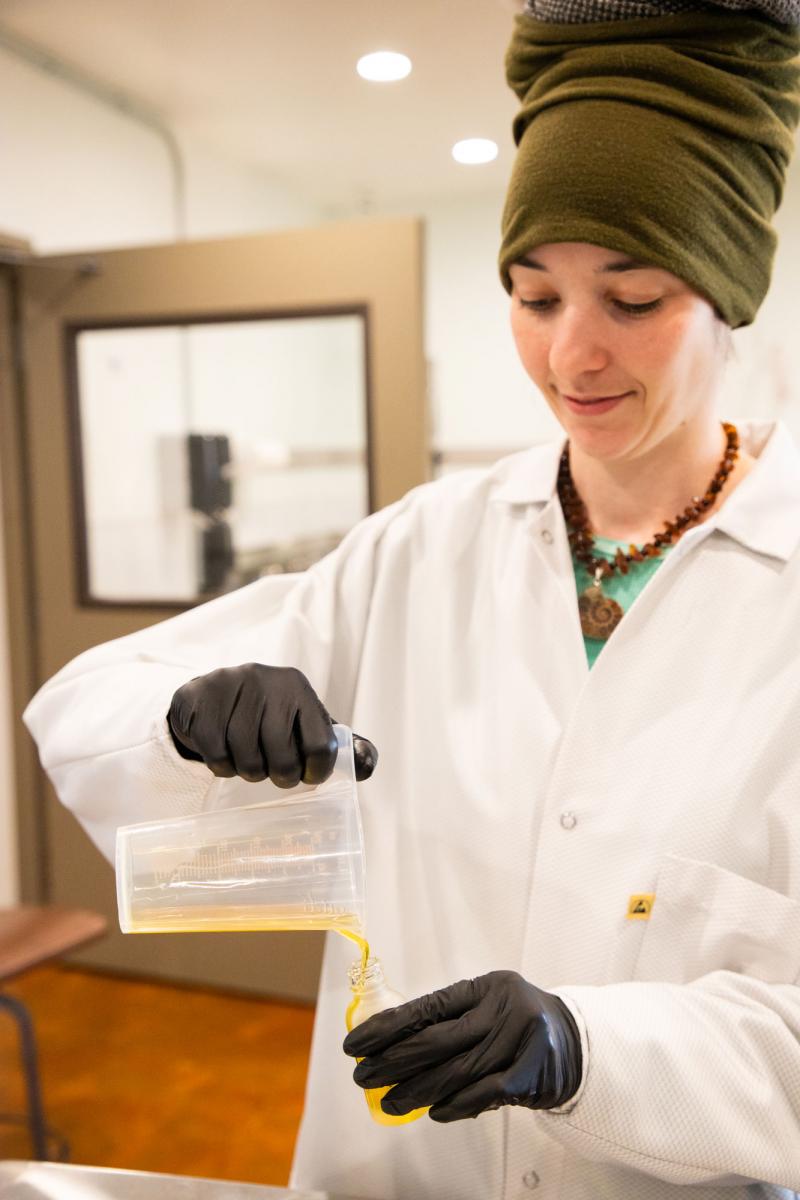 “We infuse the oils, we pour the jars, we label it,” says Gretchen, who’s proud of keeping the work local and under their control. “We work with local extractors to extract our flower and get it back to us” to process, she adds. The Millers come by their stringent rules for sourcing organic, sustainable, sun-grown cannabis honestly, since they started out as farmers. “We have always been cannabis advocates and users,” says Jason, who notes the couple has been involved with legal farming since the days of the 215 card. As legalization drew near, they threw their hats in the ring and brought theirgrow into compliance for recreational marijuana.

Gretchen is also an herbalist and a cannabis therapy consultant. “I’ve been making salves and bath bombs, oils and tinctures for years,” she says. Then she took a series of intensive classes on medicinal cannabis. “I realized how powerful the medicine can be and how it can help so many things.” She began incorporating cannabis into her remedies and received great feedback, finding she could also be helpful to people who were new to cannabis or preferred not to smoke. There, Gretchen saw an opportunity to combine herbal medicine and cannabis for natural remedies and treatments.

In 2015, the Millers started Kiskanu, named after the ancient Sumerian name for the “tree of life” growing in paradise but also as an echo of Sanskrit and Persian words for hemp. The aim is to “be a vehicle for small craft cannabis farms,” according to Jason. Everything that goes into the company’s prettily packaged pre-rolls and Black Label Flower is sourced from “local farmers we’ve known forever,” says Gretchen. “One of our goals is to help farmers who have really nice product but may not have the ability to market or brand and we want to help them with a path to market. … We’re trying to support each other and bring each other up. We’re always looking for local partnerships and farms to work with.” 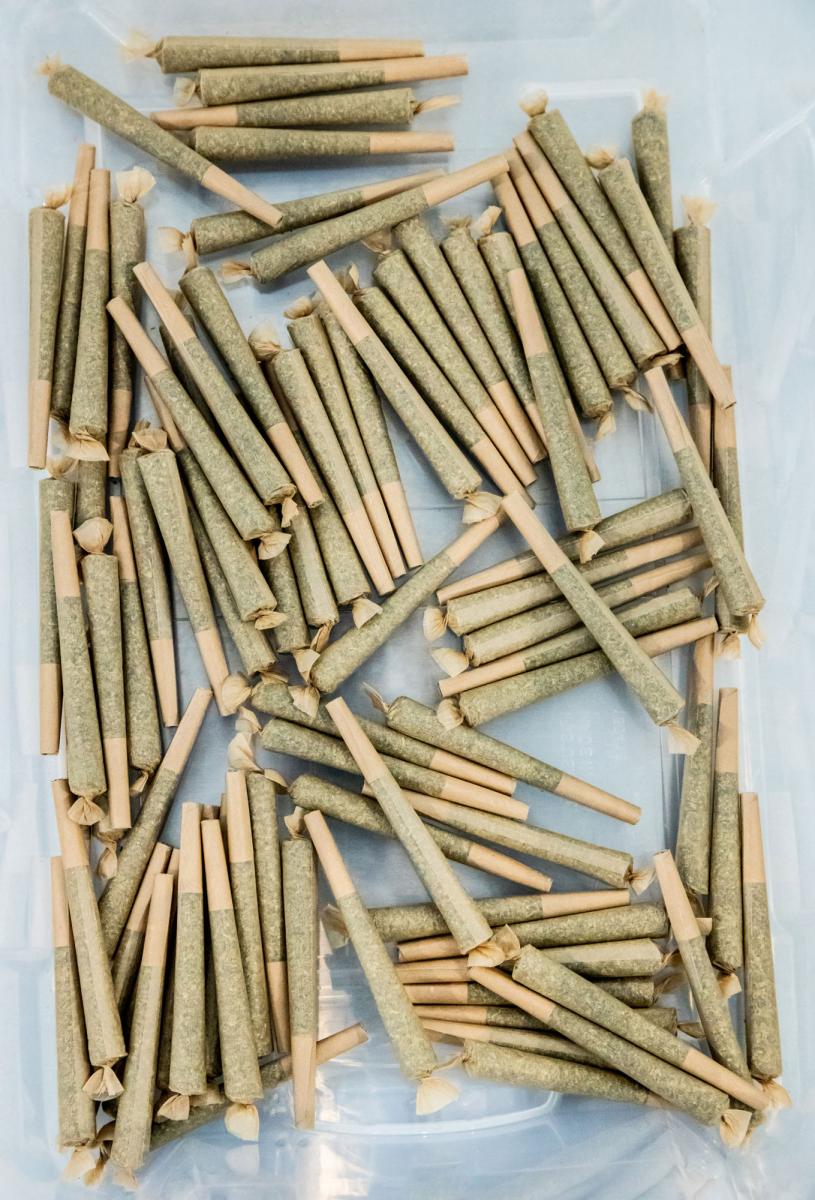 They started their skincare and body line with what Gretchen refers to as “whole plant medicine” — cannabis products that keep cannabinoids intact with THC, though Gretchen says most people don’t experience psychoactive effects via topicals beyond some calming. The Cannabis Skin Rub blends hemp oil with St. John’s wort, a long-standing herbal remedy for muscle soreness, as well as beeswax and relaxing lavender. There’s a lightweight cannabis face oil made from cold-pressed, virgin, organic sunflower, argan, coconut and jojoba oils, along with a hit of rose geranium, which is traditionally prized for its healing properties. The rose geranium also doubles down on cannabinoids’ anti-inflammatory effects. The same moisturizing and relaxing compounds go into the Intimacy Oil, which can be used as a naturally derived personal lubricant and a massage oil.

Kiskanu also has a hemp-derived CBD line that is THC-free, so the natural benefits to your skin and muscles come without the possibility of a buzz. It’s these oils and rubs that will be showcased in the Salon Project on the seventh floor of Saks Fifth Avenue’s flagship store in Manhattan through the summer. Already on the shelves of a few East Coast boutiques and preparing for another release the Millers can’t talk about yet, Kiskanu is scaled up and ready to meet demand across the country. Other upcoming launches include CBD manicure packages at Vanity Project nail salon in New York City and the fair at the Art Basel event in Miami Beach this December.

The Millers are excited to not only bring Kiskanu products to new venues and consumers, but to introduce the best of Humboldt’s organic, sun-grown cannabis. “We were farmers,” says Gretchen, “and we believe that’s how it should be grown.”