The origins of what are known as Humboldt County weed strains are, at times, shrouded in mystery. For many years, the cannabis culture of this region was famous but not exactly legal. This, according to Matt Kurth, the founder of Humboldt Cannabis Tours, is why a lot of the strain origins are difficult to pinpoint.

Over the course of 60-plus years, cannabis culture has been passed down, shared and often times hidden in plain sight among the coastal redwood trees and farms. Much of that history started with the “back to the land” movement, where hundreds opted for simpler lives away from the bustling cities and moved into the secluded forests. That’s where Kurth starts his tour — in the late 1960s.

“1968 was a hard year.” In politics, law enforcement and society at large, there was instability and violence. That’s when, according to Kurth, people started moving to areas like Santa Cruz, Mendocino, the Sierras and eventually farther north to Humboldt County.

“There’s not a lot of history books about this,” Kurth said. “I talked to one woman who moved up here with $70 in her pocket. And she had three kids. So, they were poor.” Kurth noted that the land up in the Emerald Triangle region, particularly Humboldt, was cheap because previous logging companies stripped the land. 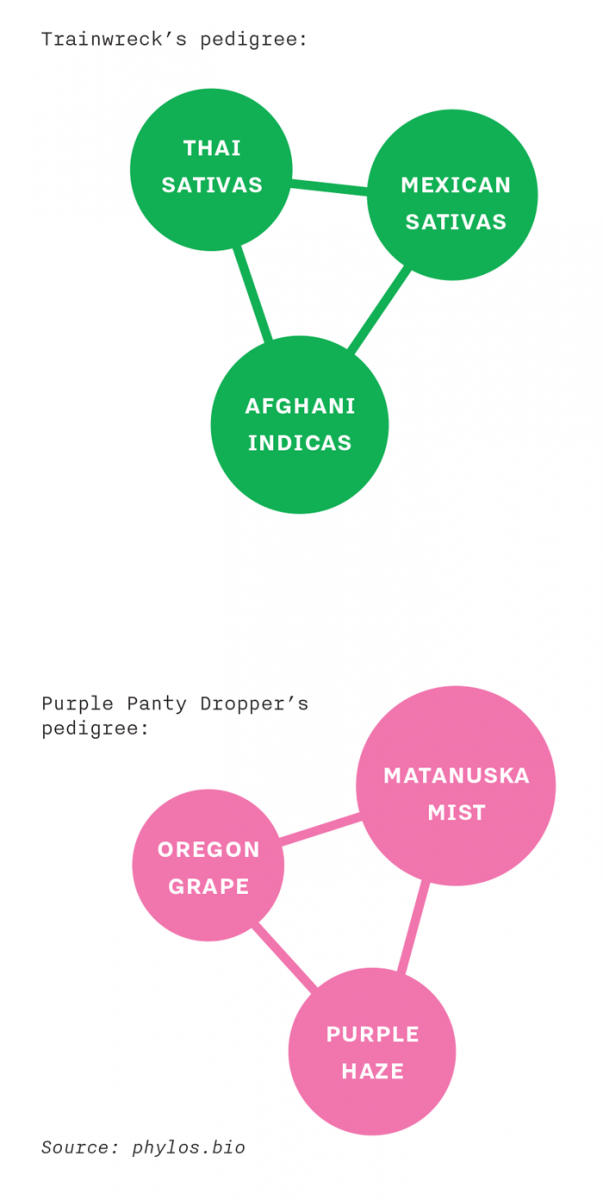 While tensions were high in the industrial world of the city, life behind the Redwood Curtain stayed slightly calmer. Along with less regulation than urban areas, growing weed was doable. People would plant their regular squash, tomatoes and basil — and they’d also plant a patch of cannabis.

“They planted weed with their garden. Not to make money, just to have weed to smoke. It was another vegetable in the garden. It was medicine. A lot of them were also healing from trauma, like from the war, the protests,” Kurth said. “The weed wasn’t very good at first. Most of the seeds were from across the border in Mexico and Colombia or from the veterans who brought seeds from Southeast Asia.”

Cannabis, however, is relatively easy to grow and Kurth said the back-to-the-landers eventually grew enough marijuana to sell, not exactly to get rich but to survive. When survival turned into a small profit, most growers took vacations. Jamaica was one spot where travel was also business. There, growers learned more about their product and adopted the practice of sensemillia. This involves pulling out the male plants from the groups, which prevents the fertilization of the female plants, thus producing flowers with higher THC content. Afterward, other growers traveled to Afghanistan, which has what Kurth calls an “amazing, old hash culture — the end of the Hippie trail.” The seeds brought back to the United States were the first indica seeds.

Growers then started combining the indica seeds from the Middle East with the sativa seeds from the Mexican border and Southeast Asia. By the end of the 1970s, new strains were emerging everywhere and Humboldt County growers had found their niche. According to Kurth, “This happened all over the United States but Humboldt was the center of it. … That’s when they got the first really good strains. The first really good hybrids.”

While we could not pinpoint its creator, a seminal Humboldt strain (also known as a varietal) is Trainwreck. Derived of Thai, Mexican and Afghani plants, Trainwreck is a staple in Humboldt County and arguably in the entire state of California. Matt Smith-Caggiano is the founder of Arcata’s newly opened Emerald Genetics, a small center that’s saving and collecting seeds to make new marijuana strains. Right now, Smith-Caggiano says they’re looking to create 10 to 15 new Humboldt strains.

Smith-Caggiano carried with him a small cooler, which stores a plastic bag of Trainwreck seeds labeled with a date of 2005. “Seeds can last for several years if they’re stored in the right type of environment,” he said. “Trainwreck is, to my knowledge, one of the most original Humboldt-bred strains. There’s genetics that have come from all over the world. You know it’s not native, there’s nothing native. It all has to be brought from somewhere,” Smith-Caggiano said. However, Trainwreck originally thrived in Humboldt County, he said, and later became iconic as a particularly potent and chaotically growing plant. The aromatic and pungent smell of Trainwreck’s unique terpene profile also makes it memorable. Thrillist identifies it as a plant with a smell that lingers in the mouth and sinuses for what seems like an eternity. “There’s theories that Trainwreck’s natural piney and lemony smell actually works as a natural insecticide. From my knowledge, it’s not as prone to pests and maybe less prone to powdery mildew,” he said.

Trainwreck’s effects are high-impact and high-energy. It offers a euphoric and energetic high, although it packs a strong punch that eventually leads to relaxation, introspection and sometimes sleepiness, according to Marijuana Break. Trainwreck is commonly used to treat migraines, body pain and even anxiety.

The origin of this strain’s name, according to Humboldt Seed Company’s Nathaniel Pennington, is a little embarrassing but Purple Panty Dropper has ultimately outlived the trend of its circa 2005 politically incorrect name.

“I struggle with the name but we created it years ago and it became very popular,” Pennington said. “I was much younger and there was a party at a friend’s house.” It turns out that the younger Pennington took a stroll the morning after the party and found a pair of discarded purple undergarments near a purple colored cannabis plant. “They just so happened to be sitting right next to each other and that’s when it dawned on me,” he said.

Pennington further stated the plant smelled like orange blossoms and was pleasant to behold. “It tends to be sweet, fruity and uplifting. It gives one an energizing high.” Purple Panty Dropper is described as an indica dominant varietal and is a cross between three strains including Purple Haze, Oregon Grape and Matanuskan Mist. According to Humboldt Seed Company, the strain produces an almost grape-like scent and supposedly aphrodisiac smoke. Its description also adds that all panties must be dropped consensually.

This is merely a scratch on the surface of original Humboldt County strains, which have and will continue to withstand the test of time. The mountain air mixed with the ever-present ocean mist has captivated growers and proven to be ideal conditions for cultivation. The terroir of Humboldt’s native microflora, higher elevation, majestic redwood trees and microclimates ultimately distinguish Humboldt County cannabis from the rest of the world.

Natalya Estrada is a journalist living in Arcata.